In 2010, we had 10 Latin American Countries represented on our planning committee, contact with people in many of the countries, a number of movies, and the Atlanta Jewish Male Choir. The evening was catered by Fuego Mundo.

Below is a map of Latin America showing the Jewish population in each country. The source of this data is the Jewish Virtual Library. 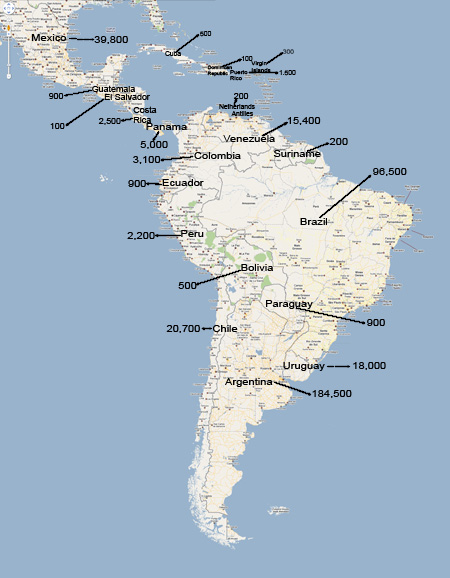 The Germans and their collaborators killed children both for these ideological reasons and in retaliation for real or alleged partisan attacks. The Germans and their collaborators killed as many as 1.5 million children, including over a million Jewish children and tens of thousands of Romani (Gypsy) children, German children with physical and mental disabilities living in institutions, Polish children, and children residing in the occupied Soviet Union. The chances for survival for Jewish and some non-Jewish adolescents (13-18 years old) were greater, as they could be deployed at forced labor.