Magda Mozes Herzberger was born in Cluj, Romania on February 20, 1926. After the German occupation in March 1944, Jews were forced to wear the yellow star and a month later Magda and her family, along with thousands of other Jews were forced into the Cluj ghetto. At the end of May 1944, the ghetto was liquidated and they were deported to Auschwitz. Magda miraculously survived the initial selection, and then endured unimaginable horrors as she remained determinedly resolved to survive. After seven weeks in Auschwitz, she was shipped to a slave labor camp in Bremen, Germany. As Allied bombs fell in the city, the Germans forced the prisoners on a death march to the Bergen-Belsen concentration camp, where Magda's job was to dispose of thousands of corpses in and around the barracks. Magda was near death and collapsing from exhaustion when, on April 15th, 1945, the camp was liberated by British soldiers. One of those soldiers found Magda alive among the corpses. Magda survived the Holocaust and then went on to survive the Exodus and a yearlong internment at Cyprus before being allowed into Israel. Today, Magda is a tireless Holocaust Survivor Speaker whose message includes teaching the next generation to have the moral courage to stand up against injustice. She is an accomplished speaker, author, poet and composer, as well as a former long distance runner, skier and mountain climber.

Supported in part by a grant from the Sandy Springs Society. 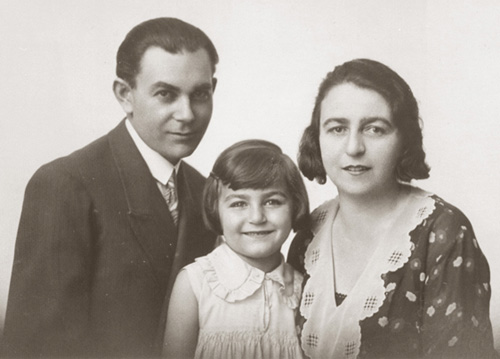